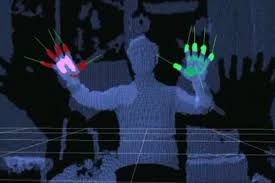 As you asking yourself how 3D Technology works in cinema or television movies ? Are you wondering what is the technology behind our ability to perceive the 3rd dimension ?
New advances in 3D technology have created a momentum and we see it widely adopted as an advancing technology in various industries. Definitely, 3D Technology is Here to Stay as is becoming widely accepted in entertainment as well as other areas such as telemedicine and others. Some of the latest technologies using virtual reality include Oculus Rift Crescent Bay, Samsung Gear VR and Sony Project Morpheus, while the products using augmented reality include Microsoft HoloLens and ODG Smart glasses. Another product providing a blend of both virtual and augmented reality is Google’s Magic Leap. And this is just the tip of the iceberg as recently many startups start developing applications for these devices as well as newer disruptive technologies leveraging advances in optics, computing and other areas.

The term 3D means three dimensional that is something with depth, width and height. We, humans have 3D perception and we move around in a three dimensional physical environment. 3D technology displays an object or a picture in a way that appears to be physically present with a designed structure. It allows representing various dimensions of an object that appears flat to the human eye. New technologies using 3d, depth cameras along with advances in holographics and computer imaging allows now to capture and also recreate using 3d printers, physical objects. The 3d technology offers possibilities in a variety of applications ranging from entertainment and gaming industry to the corporate world. Imagine a surgeon operating from a remote location or a technician trained to assemble complex structures

How Does 3D Technology Work?
A human eye creates a two dimensional image of an object or surrounding and transmits to the brain. The retina of each eye produces a slightly different image. The brain processes and perceives the two images with depth and distance as a 3D visual experience. Thus, 3D technology works on a principle producing two images from the same source that tricks the brain to create same visual space. It places two slightly different images with alternative succession or over each other. The human should wear 3D glasses to dissect the image and transmit to the correct eye. These 3D glasses could be active or passive, where active glasses have electronics to change the display, while passive do not have electronics and use a different way to separate the images.
Why Use 3D Technology?
3D technology reveals more than a simple illustration or surrounding that creates an impact and gains attention. Simply, it allows you to present things in a way that are not possible in real life. You can easily fix problems in the computer model and reduce the costs of physical prototypes. Beyond that, it captures attention providing pure entertainment with images, animation and games. 3D models can depict viewpoints and locations that are not possible to view in the real world, like passing a camera through an object. It is a useful technology for prospective investors to visualize a product design before manufacturing. Furthermore, you can use it for virtual display of objects that don’t exist and also for simulations.
Future of 3D Technology
We can see tangible improvements in 3D trends as more changes are making their way through this technology. However, it is of interest to know in which direction this technology will proceed in the future. The 3D technologies emerging in the future will provide real-time modeling, health monitoring and holographic 3D smartphones. Google attempts to bring advanced 3D tracking with computer vision to the handheld devices with the project Tango. Apple introduced centralized health monitoring hub called Health Kit that will follow with a 3D pressure monitor to provide improved monitoring of blood pressure, pulse rate, etc. In future, another concept in progress of 3D technology are holographic 3D smartphones that will allow users to view screen from multiple angles and a lot more.

3d Technology is Here to Stay
Download A Brochure