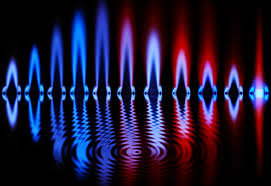 Hologram is defined as a three-dimensional image reproduced from a pattern of interference produced by a split coherent beam of radiation, such as a laser. That said, there are other ways to produce a similar effect which are simpler and less expensive. At Lusens we create holographic displays, similar to HoloLens, the innovative holographic computer built by Microsoft in a headset that will allow you to hear, see and interact with holograms in your environment. Hololens is a completely wireless device that requires no connection to phone or PC and processes terabytes of data. A HoloLens features high definition lenses, spatial sound, holographic and see-through technology to create an interactive real world around you. It has a holographic processing unit and advanced sensors that understands the world and senses data in real time. With holographic technology you can create immersive, digital environments.

What is a Hologram?

A hologram is a three dimensional image that is entirely created by the interference of light beams. It can be an object like the one in the real world, but it is made of light instead of physical matter.

Like physical objects, you can view holograms from different distances and angles.

However, there is no physical resistance when you touch or push them because they do not have mass.

Holograms are two dimensional, like a computer screen, or three dimensional, like physical objects in the real world. The holograms created by Lusens and also by HoloLens for this matter, appear to be physically present and you can shape, change and move them in the visible physical environment by interacting with them.

Holographic Displays enable you to do things that were not possible before and improve the way you do things every day.

Even with the advancing technology and computer interaction, there are still constraints to conform how a computer recognizes our commands by touch screen or mouse clicks.

Holographic Displays remove this constraint by providing you digital content, such as multi-dimensional pictures, videos, information and apps in the physical space in your real environment and you can easily interact with them.

Devices competing with HoloLens were Google Glass and Oculus Rift. Google Glass offered limited multimedia capabilities and overlaying graphics and is no longer promoted by Google.

Oculus Rift is a technology that transports you to a completely different environment (virtual reality), namely it replaces the real world around you with images and sounds that are computer generated.

Compared to this device, Microsoft HoloLens augments the reality by combining images of the real world with digital images representing a computer generated virtual world, meaning that not only provide virtual reality, but it delivers an experience that mixes with the real.

What You Can Do with Holographic Displays?

Holographic Displays can be utilized to a wide variety of applications. The few most interesting applications include working on 3D models, video chat on Skype with hologram version, playing interactive games, watch live entertainment content, conduct virtual meetings and conferences, and visit places that you have never been to before.

Lusens holographic displays allows you to assemble 3D objects or models, view its different angles, select colours, and make changes the way you want. Moreover, you can go to the planet Mars by using this device.

Video game enthusiasts can get a real gaming experience in their living rooms by adding fantasy without plucking entire reality.

How are Holographic Displays Built?

At Lusens we create holographic displays and other immersive experiences, by utilizing regular projectors combined with mirrors and glasses covered by a thin layer of a semi reflective substance. The result is a 3d image which viewers can interact with.