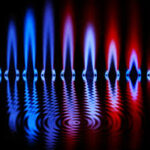 Holographic displays – Unveil a Completely Different World Hologram is defined as a three-dimensional image reproduced from a pattern of interference produced by a split coherent beam of radiation, such as a laser. That said, there are other ways to produce a similar effect which are simpler and less expensive. At Lusens we create holographic displays, similar to HoloLens, the… Read more →