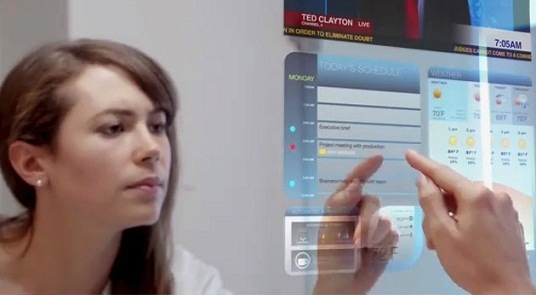 Designers that strive to design WOW Multimedia Experiences need to understand how the brain processes related to human memory and joy are deeply linked; this effect has been proven to be so profound that doctors urge people to stay engaged and active (especially socially) as they age in order to ward off conditions like Alzheimer’s and dementia.

Naturally, as we are in a world that is incredibly cluttered with information and visual stimuli (and becoming more so all the time), implementing an interactive user experience can make your brand, product, service or just message, more captivating, engaging and memorable.  When designing and creating wow multimedia experiences we leverage the fact that a single image worth a thousand words.

Recent research that the reason why interactivity makes something so much engaging and memorable versus a non-interactive or “static” alternative lies in how our brain works and specifically, in how we learn:

Human beings evolved to survive in a three-dimensional world, one full of diverse sights, sounds, and smells. The information that we relied on to find food and ward off danger did not come through any one channel—it came through multiple channels, often all at once.

The human brain is intrinsically wired around the reward process: receiving sensory data from multiple sources, putting it all together (in order to derive meaning from it), and then performing an action which leads to a tangible, pleasing result. Our emotions exist largely to guide us through this process—joy tells us that eating that food was a good idea, fear warns us that a predator is approaching, and so on.

While our society has changed drastically since we first left the jungles of Africa, our brains have not. They still feel, learn, and store memory using these same basic principles. We are still motivated primarily by the pursuit of reward and the evasion of harm. We still understand reward as being the result of an interactive experience, not a passive experience. We still remember best things, which were either rewarding, or harmful, because our brains wish us to seek more of the former and passionately avoid the latter.

The above-described mechanics of memory and reward are why games are so enduring popular, even with adults—how many millions of people seem “addicted” to relatively simple games on their smartphones, after all? Such games provide a multi-sensory interaction and reward, one that our brains have not evolved enough to understand has no “real world” benefit, no ability to increase our chances of survival.

This is not, of course, meant to oversimplify human nature into something basic and animalistic; while the core processes of our brains have not changed hugely in the past 10,000 years, they have led to the genesis of many more complex desires, such as the quest for meaning, the desire for self-development, validation, creativity, and so on. Appealing to any of these “core desires” through interaction will produce a sense of reward, and appealing to more than one of them makes it all the more profound. The more a sense of reward is produced, the more memorable the experience will be over the long run.

How the Memory Works

Our memory is in fact not all located in the brain; it’s located throughout the body thanks to the involvement of the nervous system (Gazzaniga,1988), which is one of the main reasons why tactile interaction is so important to forming and keeping memories. Every thought you have is “felt” throughout your entire body, and the receptors for the chemicals in your brain that are needed to sense and remember are found on the surfaces of cells throughout your body.

The memory of a modern human relies on the following mechanisms: