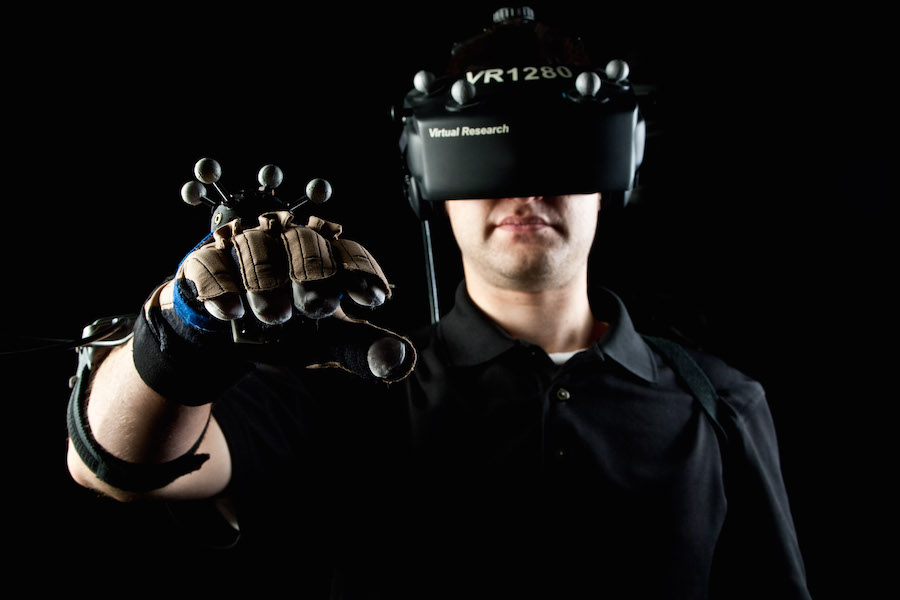 Augmented reality superimposes a computer generated virtual world over the real world. AR distorts the line between a computer generated world and the actual world by heightening our senses of sound, sight and smell and also what we feel. The physical, real world environment is a live or direct view with augmented elements by computer produced sensory input, such as GPS data, graphics, sound or video. Informative graphics are displayed in your field of vision and the audio coincides with whatever you perceive.

AR existed since the 1930s but recent advances in the smartphone industry have hyped augmented reality. The AR used complicated, bulky and expensive equipment and was modeled by scientists until 1999 and the normal consumer never knew of this field. In 2000, Bruce Thomas, with his panel at the University of South Australia, in the Wearable Computer Lab, displayed the first outside mobile augmented reality video game. The objective was to eliminate the guns and monsters and lay them on top of an actual environment the player could truly stride around in without the aid of any type of joystick.

A window of some kind on the world is the first stage for the function of augmented reality. The backdrop or canvas is needed to add information which cannot be appreciated otherwise. It could be a video screen or a large location you want to augment. The idea of AR is to deliver information from your surroundings to your senses which is undetectable otherwise: an effective casing through which you can watch at the world is needed.

You can use a projector to superimpose the facade you plan to augment or a television that neatly provides a view of reality via a remote camera. To translate an unseen stimulus into something you can perceive, there needs to be something between your organic senses. The data could be something stored on the cloud and should be accessible to certain people only. In this way, the data can be accessed from any place without carrying the hard disk. A live connection to the information for AR to work is needed.

It’s purely a case of using high speed cables to wire a straight connection between the window on the world, which is your AR display device and the computer. Also, if you want to keep the data on your mobile than wearing a backpack can be for both connection and data can be a good idea. A software is needed to detect what’s being received into your device from the outside world, call up the required information based on that and then instruct your mobile phone or whatever it is to superimpose and display the data correctly and all in the blink of an eye.

On a more technical level, don’t bombard the users with something their brain can’t handle. It is possible to pull everything in 3D but it’s more important to be obstructive as well. Remember, both the augmentation and reality is important to one another. Augmented reality can be used in the military to position a transparent display in fighter pilots view so they don’t have to glance down at the aircrafts instrumentation to get the information they need.

Augmented reality can reduce the danger in an operation by providing the surgeon enhanced sensory observation. This technology can be united with X-ray or MRI and get everything into one view for the surgeon. Augmented reality is altering the way we look at the world. Imagine yourself walking down the street wearing an augmented reality display which is like normal glasses.

Informative graphics will appear in your line of sight and an audio will coincide with whatever you see and they can be refreshed continuously with the movements of your head. Similar applications and devices exist on smartphones, like the iPhone.

Video game companies are hopping on the augmented reality bandwagon. A company, Total Immersion, makes augmented reality related baseball cards. All you have to do is go online, download the total immersion software, and hold up your baseball card to a webcam. The software recognizes the player on the card and plays a related video on your computer screen. Make sure to keep it in view of the camera and the 3D figure on the screen will perform different actions.

When Code Comes to Life–Augmented Reality
Download A Brochure