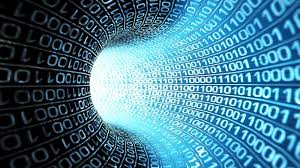 Virtual reality which was once considered fantasy and confined only to Hollywood movies has now come of age. Newest  virtual reality experiences are a game changer.

Only two years ago, in the year 2014, large enterprises such as Google, Facebook and Samsung to name only a few, showed interest in Virtual Reality and Augmented Reality and started investing heavily in the development of core hardware and software technologies as also acquiring companies on these fields.

Virtual Reality experiences are immersive multimedia technologies that have applications in education, entertainment, in the military and in other areas. For instance, drivers and pilots can now be trained without an actual vehicle or the aircraft. The same applied to medicine. Students and physicians can now practice serious interventions without putting a human being at risk. Nowadays, they and many other people, can practice new techniques and procedures in simulated environments created by computers and displayed in head mounted devices, resulting in substantial reduction of cost.

Virtual reality experiences as well as augmented reality experiences also find extensive applications in games and education. These applications need to be taken seriously and the ways, AR and VR can help with education and training must be analyzed. These technologies are not just about gaming as more serious implementations are being introduced. Various such applications are being developed which could enhance the experience the users are able to derive. Some of the latest developments are the VR headsets which subjects the users with different types of media. Devices like Samsung GearVR and Microsoft’s Hololens systems are being developed aimed at normalizing VR and AR.

AR and VR in education and training
As Virtual reality experiences and augmented reality experiences are gaining traction, the focus has shifted to the use of these technologies to create consumer products which aid them in their daily life. It is easily imaginable that how these technologies can help in proving better education to the students. If the students are able to experience what they study, the learning process will become easier, more comprehensive and fun-filled. The need is to bring down such immersive technologies to devices that can be used by the normal users.
All these have already started as the users are now expecting AR and VR to come into their hands. The manufacturers and retailers are also looking forward to offer them to the users as it is the perfect time for it. Some of the experiments like Volvo’s Google Cardboard test drive and virtual honeymoon campaign by Marriott have shown what the future holds. It will not be fruitless expectations as many amazing applications of VR, AR and other immersive technologies are being developed. We must be ready to see new dimensions of augmented reality and virtual reality in gaming, education and training.

VR is becoming a reality in today’s world. Using commonly available equipment such as mobile phones, is now possible to enjoy virtual reality experiences in areas such as education, medicine as well as in gaming and others. Companies like Lusens, are becoming major player.

A new virtual-reality industry is now being built around a device that you probably have in your pocket – Your Smartphone.